Partner-in-crime: what’s in it for the Veep? 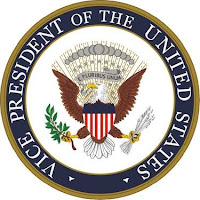 When Gordon Brown replaced Tony Blair as the UK’s Prime Minister in June last year, he conveniently neglected to appoint a Deputy Prime Minister. After the shambles of John Prescott’s time in office, there was little resistance to this decision, and the role is now all but forgotten.

Across the Atlantic, a very different picture emerges. As the presumptive Presidential nominees for the Republicans and Democrats narrow down their running-mate shortlists, the press has been furiously postulating over the who’s, what’s and why’s of the decision-making process. The national celebrity status awarded by the press to recent Vice Presidents has undoubtedly heaped the pressure onto Obama and McCain’s decisions. For a role that Roosevelt’s first Vice President James Nance Garner reportedly described as being “not worth a pitcher of warm spit”, is the press’s expectations of the Vice President absurdly unrealistic?

For those Vice Presidents whose sights are set on the Presidency, the press exposure is invariably a double-edged sword. As Al Gore and George Bush Senior discovered, the Vice Presidency provides a huge helping hand when seeking your party’s nomination. The possibilities of accumulating a wealth of political contacts, funds and press coverage over the preceding eight year period are vast.

Yet the increasingly cynical and opportunistic nature of the press has meant that the idiom ‘all news is good news’ no longer sticks. Eight years of living in the spotlight before launching a Presidential bid has the potential to be disastrous. Cheney has claimed never to harbour ambitions to run for President, and it’s just as well: after two terms as Vice President, his favourability ratings dropped as low as 18% according to one Harris Poll conducted in April (from 69% in 2001). This would hardly have been a strong platform for a Presidential bid.

The fact that the Vice President is so intrinsically linked to his President is a bitter burden for any ambitious politician to carry. Although Clinton and Gore worked extremely well together, Gore felt forced to freeze his former boss out of his 2000 Presidential campaign after the Lewinsky debacle, and the Vice President’s favourability ratings inexplicably suffered even more than Clinton’s as a result of the scandal (a Gallup poll suggests that in February 1998, Gore’s public favourability was a measly 22%, whilst Clinton’s was 55%). Overshadowed by a more charismatic and personable President, the weaknesses of any Vice President are laid bare.

The Vice Presidential platform has been less relevant in the Presidential election process during the last two elections, with no former Veeps running for office and an increased emphasis placed on family ties (the Bushes and the Clintons) at the expense of political connections. The possible nomination of the young and charismatic Bayh as Obama’s running-mate, however, indicates that the Vice Presidential platform is far from dead. Perhaps it will be Bayh choosing the White House decor in 2016.

loving bayh - thank god the Edwards scandal came out now. would have been embarrasing if he was the veep

really what does the vp do aside from having their name on the card - why would a serious candidate go in for it? not exactly going to increase your political standings.

nice house, nice car - not responsibility, i've a clean sheet and no skeletons lurking sign me up.