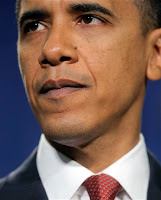 As Obama prepares to announce his vice-presidential nominee this week with McCain sure to follow soon, it is clear to many that the second spot on the ticket this year could be more important than in previous years. Both candidates have certain key perceived gaps in their appeal, and the vice-presidential announcements may well be calculated choices to help consolidate their offer to the electorate.

For the Democrats, Obama is relatively young and has a short stint in elected office behind him. He has never been a chief executive in government or business, has never served in the armed forces, and is considered inexperienced in foreign policy. His vice-president will aim to bring some of this to the table. His choice need not necessarily be much older than him, but they will need to demonstrate some of the above skills. Of the rumoured front runners, Senator Evan Bayh of Indiana is not a great deal older, but ticks the chief executive box having been governor of his state in the 1990s. Joe Biden of Delaware has been in the Senate since the early 1970s and is a foreign policy expert. Former senator Sam Nunn of Georgia is much older, and could be seen as a Cheney figure, guiding the younger man without any presidential ambition of his own.

McCain on the other hand has opposite weaknesses. If elected, he will be the second oldest man ever to hold the presidency. He is apparently weak on economic policy. He has spent over twenty years in Washington, and crucially this year, he is a white male. He is definitely looking for someone younger, perhaps much younger, and a Washington insider will not add much to the Republican ticket. Governor Bobby Jindal of Louisiana is half his age and one of the most high profile Asian American politicians in the US. Another Governor, Sarah Palin of Alaska, could add some contrast to the ticket and potentially win over Democratic women still bitter about the defeat of Hillary Clinton. Former candidate Mitt Romney is a successful businessman so could add some economic gravitas, show party unity, and show a clear line of succession to those concerned about McCain’s age.

Of course, people may just vote for the main man this year as they often have done in the past. But the criticisms and media exposure are greater than ever before and therefore a vice-presidential candidate who can deflect attention, assuage fears, and give support and advice to the top man will be a friend indeed.