What does a trillion dollars looks like? And what would it buy? 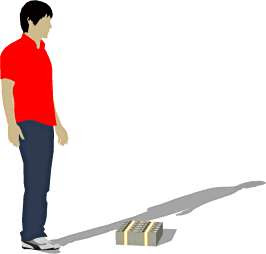 $1 trillion could pay for all the goods and services produced in Australia in one year.

$1 trillion is enough to run the American federal government for 103 days.

$1 trllion could fund every NATO country's military (including the USA) for one year.

$1 trllion could pay the mortgage of every American home owner for 14 months.

$1 trillion could pay for the Marshall plan ten times over.

But can it save the world financial system?

Just more money that this government is p*ssing away.

I look forward to my great, great grandchildren paying for this.

Hmmm... $1 trillion of a total collapse of the world economy. Lesser of two evils I think!

$16,666 (spooky) per person in Britain! THE MONEY IS GOING TO THE WRONG PEOPLE!!! Give it to the average bloke!