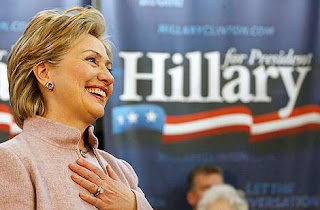 FIFTEEN months after New Hampshire voters (temporarily) saved Hillary Clinton's chances in the Democratic presidential primary, pollsters are finally explaining how they botched up their research. The American Association for Public Opinion Research has completed its study of primary and general election polling. The big takeaways:

New Hampshire was a "perfect storm". We knew this a year ago, but the extent to which bizarre accidents affected the Granite State's polls was incredible. They had only five days to work, two days of which were a Saturday and Sunday. Mrs Clinton's supporters were more likely to give a pollster a hard time; thus, many polls over-represented enthusiastic supporters of Barack Obama. Mrs Clinton's supporters included many low-income voters and union members who were absent from the polls. Thus, an average high-single-digit lead for Mr Obama turned into a 2-point win for Mrs Clinton.

There was no "Bradley Effect". The much-discussed theory that white voters lied about their willingness to vote for black candidates was bunk. There was, instead, a "social desirability effect" that occasionally biased the polls for Mr Obama—this occurred when people taking the poll decided to sound "progressive" by supporting him.

Some pollsters don't want to talk. Strategic Vision, a conservative-leaning poll that often projected headline-grabbing meltdowns for candidates who ended up winning—a four-point lead for Barack Obama in the Wisconsin primary, where he won by a landslide—did not take the chance to explain how it got its results wrong. The result? Expect more newsy SV polls in the 2011 Republican primary buildup, and many shocking Drudge Report teasers.