LGBT Labour is today calling on supporters to lobby their MPs ahead of next Monday’s crucial Commons vote on 'Clause 58' – a section of the Coroners and Justice Bill that will outlaw homophobic hate speech.

The legislation in Clause 58 promises to outlaw speech that calls for the rape and murder of lesbian and gays, and that encourages the bullying of vulnerable children in schools.

The last time these protections went before the House of Commons only five Conservative MPs voted to offer the LGB community equal protection under the law. The legislation then proceeded to the Lords where Tory peer Lord Waddington inserted an amendment allowing extremists who encourage the torture and murder of gay people to stand above the law by claiming religious motivation.

Yet on the 3rd March every Conservative on the Justice Bill Committee again voted to remove these protections.

What we are seeing is just another example of empty promises from David Cameron's Conservatives who offer nothing more than lip service to equality.

I would like to urge all LabourList readers to help ensure this legislation remains in the Coroners and Justice Bill. Please visit our campaign site and sign our petition.

There have been a number of alarmist suggestions regarding the proposed protections with many claiming there will be heavy-handed restrictions on free speech.

In reality, the new offence will tackle serious acts of hatred directed towards lesbian and gay people, including calls for the torture and murder of gay people, as well as violently homophobic publications and websites.

The law will not impede genuine freedom of speech or the telling of jokes by comedians, as some have suggested. The offence will not outlaw jokes involving gay people, or any jokes that a gay person might deem offensive.

Of course the Labour government should always stand for freedom of speech and freedom of expression. But these freedoms must be exercised responsibly. There is a clear line between expressing a disapproval of a person’s sexuality and lyrics that call for rape, torture and murder.

We would not accept such behaviour on grounds of race or religion, and nor should we tolerate those who seek to persecute lesbian, gay or bisexual people.

Six years on since the invasion of Iraq

With little fanfare today marks the sixth anniversary of the invasion of Iraq.
Since the conflict began 4,259 American soldiers have been killed with at least 36,106 others wounded. 179 British troops have died in the country. More than 91,121 Iraqis have been killed since the war started according to the Iraq Body Count database, which tracks casualties of Iraqi civilians.

Currently there are around 138,000 American soldiers stationed in Iraq, down from the number in October 2007 when US troops in Iraq reached a high of 166,000.
On March 20th 2003 a total of 31 countries participated in the ‘coalition of the willing.’ Today only four - the United States, Britain, Australia and Romania – remain.

According to the U.S. Congressional Research Service, the U.S. Congress has so far approved more than $657 billion for the Iraq war. It has been projected that additional war costs for the next 10 years could range from $440 billion to £865 billion. Nobel Prize-winning economist Joseph E. Stiglitz has estimated that the total bill of the war will reach $3 trillion.

All the while Afghanistan has spiraled deeper into insurgency just as Pakistan stumbles toward chaos. Iran’s power in the region has grown exponentially as they have emerged as the Muslim Middle East’s unrivaled power. Its nuclear ambitions appear undiminished, as does its patronage of Hamas in Gaza and Hezbollah in Lebanon.

But it would be wrong to assume that the war had been an unmitigated disaster. Violence, though still common, is now at a record low, reports the AP. An Associated Press count recorded at least 288 Iraqi civilians and security forces killed in February 2009, a 63 percent reduction compared to 769 killed in the same month a year ago.

Iraq has received its first group of Western tourists since the fall of Saddam Hussein in 2003, the Tourism and Antiquities Ministry said on Thursday. The group of eight holidaymakers - five Britons, two Americans and a Canadian - arrived on March 8 and toured Iraq's landmark historic sites.

Fifteen million Iraqis voted in (largely) free and fair elections, emerging from their polling stations with their purple-stained fingers in an atmosphere that was (largely) free of intimidation or violence. What’s more, when the results were announced, it became clear that parties promising security and national unity, led by Prime Minister Nuri Kamal al-Maliki, had fared far better than exclusively sectarian (NY Times, 2009).

We all too often lose sight of the fact that a despotic ruler was deposed from Iraq and brought to justice. Of course there have been unforgiveable failures; but the future of Iraq today looks brighter than it would have if this year were to instead mark the 30th year of Saddam Hussein’s reign as President of Iraq. 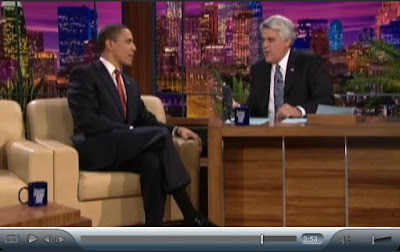 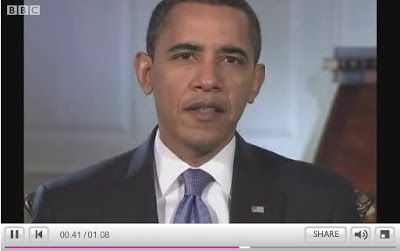 From the Spectator Americano blog.

“THE WEEKLY STANDARD has learned that General Petraeus is planning on delivering the commencement address at the University of Iowa in 2010.”

So reports Michael Goldfarb, late of the McCain campaign, on the magazine’s blog.

Petraeus going to Iowa, a state he doesn’t have previous ties to, is going to create a huge amount of buzz about his presidential ambitions because the Iowa Caucuses kick off the whole presidential nomination process. If he does, deliver the address—and Petraeus must know this—it will be seen as a sign that he is thinking about running in 2012.

Previously, it has been thought that Petraeus would not run against a president who had been his Commander in Chief. But there are reports of tension between Petraeus and Obama over both Iraq and Afghan strategy.

Very little is known about Petraues’s politics and no one knows how he would make the transition from soldier to politician. But if he did enter the race, it would shake things up dramatically. He would instantly become a top tier candidate and the most serious threat to Obama's chances of winning a second term.