West Wing actor Martin Sheen aka. President Jed Bartlet has stated a career in politics would simply be too tedious for him.
According to the BBC, West Wing star Martin Sheen said he has been put off running for political office by all the meetings he would have to attend if he was elected.

He told students at Oxford University he did not have the "character" to make it in politics. Mr Sheen said he had been approached by the Democrats to run for the US Senate in 2004 but had turned the offer down.
"I couldn't bear sitting in meetings all day," he said.Mr Sheen said the offer to run for office was "tempting" but he would not have been suited to the daily routine of governing."I don't have any aptitude for it," he said.

Dear All,
I am emailing directly because I wanted you to know before anyone else does about developments at LabourList.Two weeks ago I posted on the site saying I was sorry for my role in the Damian McBride affair. Of course I regret ever receiving the infamous email and I regret my stupid hasty reply. Instead I should have said straight away that the idea was wrong.

I do ask people to remember, though, that in the end its contents were never published by me or anyone else involved in the Labour party and they would never have seen the light of day were it not for someone hacking into my emails and placing them into the public domain. Because of that, what was a silly idea ultimately destined for the trash can became a national scandal. Nonetheless, I should have made clear they were unacceptable from the very beginning.

On a much smaller note I also think I got the tone of LabourList wrong sometimes, being too strident, aggressive and obsessed with the "blogosphere". Having said that I am proud that I was the founder of LabourList. It really was a Labour of love. In just over 100 days there have been nearly 250 contributors, over 500 posts and 18,000 comments. I’d like to think one day I’ll be judged on all of that rather than just one, admittedly awful, email.

What has become clear, though, is that my continued editorship can only detract from what LabourList needs to do now. That is why, after a couple of weeks of reflection, I am passing on the editorship to Alex Smith, who has been a very able Deputy to me from the beginning. I have no doubt that Alex will steer the site to bigger and better things and I urge everyone who wants Labour to have a vibrant, active space on the internet to give him your backing and get involved in whatever comes next.
Derek Draper
Email ThisBlogThis!Share to TwitterShare to FacebookShare to Pinterest
Posted by Richard Lane - 22:52 0 comments
Labels: Derek Draper, Labour List

Cameron: The change we need? 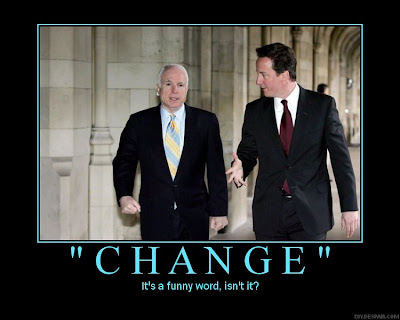 Iain Dale is this evening reporting that Derek Draper will officially announce his departure from LabourList tomorrow.

It has been coming for a while, but I can exclusively reveal that it will be announced tomorrow that Derek Draper will be leaving LabourList to seek "pastures new". His details were unceremoniously removed from the site last week prompting speculation about his future role following the Smeargate emails.

Yesterday LabourList carried an article musing over the future of the site in a "post Draper era" as if it was an inevitability. Sources tell me that Draper will leave, but the site will continue in a new guise. It is so far unclear as to who will take over from Draper as editor or whether the focus of the site will change.

If this is in fact true, which I am inclined to think it is, then it is long overdue. LabourList has struggled to attract any senior Labour members since the smeargate scandal and Draper has been the elephant in the LabourList room ever since.

I'll be interested to see the direction that the site takes now; I have always believed that the project could offer a lot to the blogosphere and could fill the gaping hole that existed on the left. 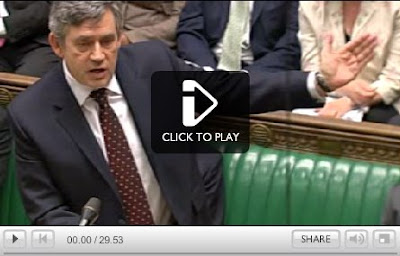 I thought Brown was excellent today - reassured, confident and calm given the circumstances. The Conservatives were distinguished by their utter lack of substance in their line of questioning.

Prescott: Brown has 'the worst bloody smile in the world' 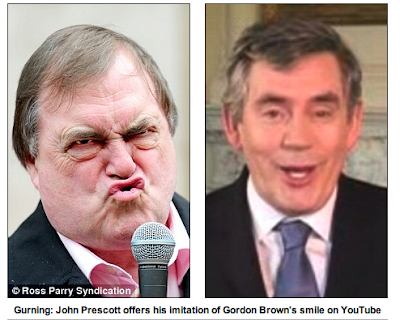 The Daily Mail is this evening joyfully reporting the remarks of former Deputy Prime Minister John Prescott, who has claimed that Gordon Brown has ''the worst bloody smile in the world.'
Prescott has been out and about on his battle bus this Bank Holiday weekend urging to party to pull together and hit the campaign trail ahead of the crucial June 4th elections.

Well worth a read...

There is a wonderful article over on LabourList today that I think asks a number of important questions about the current state of political discourse and debate and the presumption of loyalty in political parties.

.. Alan, not Boris that is.
Interesting poll over at Politics Home today stating that the Secretary of State, Alan Johnson is now the overwhelmingly preferred choice to take over should Gordon Brown stand down or be forced out. 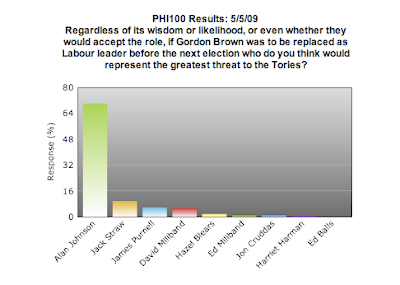 "A clear seventy per cent majority thought that Alan Johnson would be the best person for Labour to turn to. The Health Secretary was way ahead of any other possible candi
date, in the experts’ view.  Jack Straw was his nearest rival, with a relatively low ten per cent. David Miliband and James Purnell trailed behind with six per cent each. Harriet Harman fared even worse, with just one per cent of the panel believing she would be the best choice for Labour. Johnson gained backing across the political spectrum."

As the article on Politics Home points out, there has been a huge collapse in the level of support for Foreign Secretary David Miliband since his peak last Autumn.

Sorry for lack of posting...

... but I've had a rather hedonistic weekend of birthday celebrations! Hope to resume normal service shortly!
Bear with me!

Email ThisBlogThis!Share to TwitterShare to FacebookShare to Pinterest
Posted by Richard Lane - 23:46 229 comments

A Conservative MEP has criticised David Cameron's decision to quit the main centre right grouping in the European Parliament.
According to the Guardian Caroline Jackson, Tory MEP for the south-west of England spoke just after Cameron launched the Tory campaign for the June 4th poll.
She was scathing about Cameron. She said:

"David Cameron's decision on the EPP is pathetic and will sow the seeds of endless trouble. It will leave David Cameron and William Hague very isolated because it will leave bad blood with Christian Democrat parties throughout Europe. It is a stupid, stupid policy.
"The party will probably have to creep back to the EPP and say sorry. The Tories are doing this because the party is run by people whose ultimate agenda is to pull Britain out of the EU. I have been a member of the Conservative party since 1963 and started working for the Conservative Research Department in 1973. This is one of the most dotty escapades the Conservative party had ever embarked on."

I have never been able to understand why Cameron made this one of the very, very few concrete promises of his leadership campaign. I can't see how international isolation immediately after a global financial collapse wins the Tories any votes?
Is he that worried about the Conservative base deserting him for UKIP that he needs to abandon any concept of 'centrist policies' when it comes to Europe. 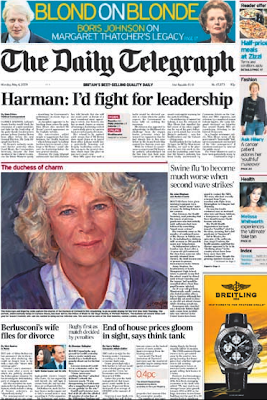