Interesting little tax 'game' over on the BBC website this week that asks how much tax as a percentage of GDP the current government is taking is.
The answer (somewhat to surprisingly to many I am sure) is: 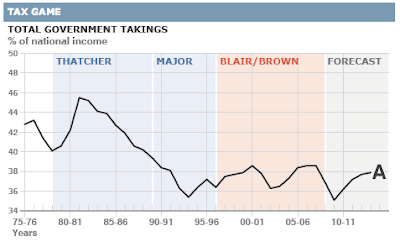 "Labour consistently takes a smaller share of national income than Mrs Thatcher, close to John Major, but forecast to fall in the current recession to the lowest for decades, before rising again."

Obviously the simple answer for this is mind-boggling amounts of borrowing, but it just goes to show that the repetitive Conservative claims that this Government is taking unsustainable levels in taxation as a percentage of GDP just don't stand up to scrutiny.
Full article here. 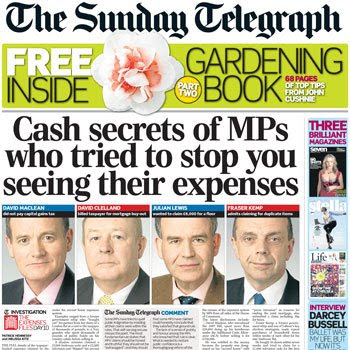 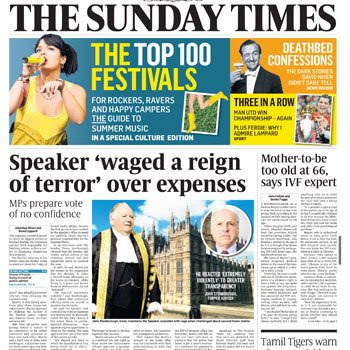 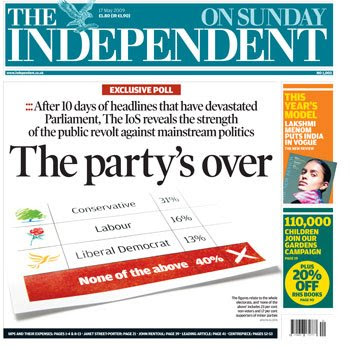 And the Sunday headlines just keep getting worse... 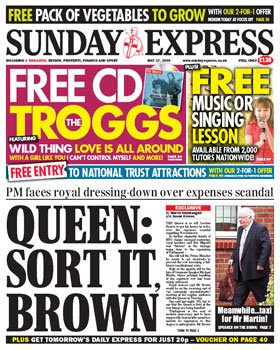 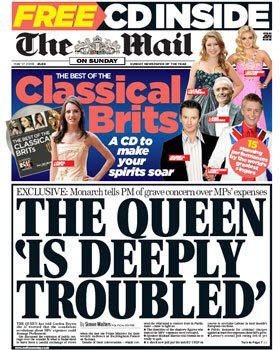 Full story here.
And these are just the first few! I haven't even seen the Times or the Telegraph yet!

It was never this bad for the Tories... 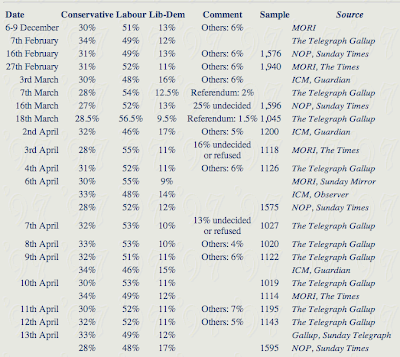 Click to enlarge.
The latest round of opinion polls have put the Labour Party on its lowest ever share of the vote at between 20 - 22%. There is a palpable sense that the end of the Labour era in power is coming in very much the same way that John Majors discredited government was thrown out of office in 1997.
So I thought I would try and make a comparison between the current depths of polling despair that the Labour Party is facing and those that the Conservatives faced back in 1997.
Looking at polling taken approximately 6 months before the May 1997 General Election, the Labour Party had a staggering 21 point lead over the Tories. But the Tories had only plunged to 30% of the vote - some ten points ahead of where Labour finds itself today. In fact, the lowest the Conservatives sank in the run up to their landslide defeat was 27% of the national vote.
How much worse can it get for the Labour Party before the alarm bells truly start ringing? Can any Government recover from such low opinion polls to win an election?

David Cameron continues to give the Prime Minister a lesson in how to take lemons and make lemonade. He has 'abandoned' plans to show the Conservative Party political broadcast and has instead 'addressed the nation' on the issue of MPs expenses. He has apologised for the actions of the Conservative party and the shadow cabinet.
***UPDATE***
Todays ComRes poll has asked whether “David Cameron has dealt with the issue of MPs’ expenses better than Gordon Brown” it was 59% agree and 31% disagree. Interestingly more than half of those who voted Labour in 2005 agreed to 39% who disagreed.

Latest episode of Have I Got News For You... 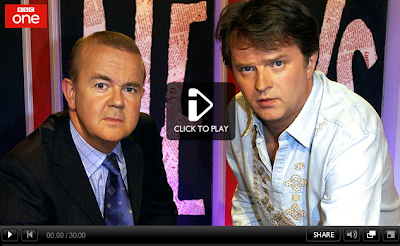 Not the funniest episode in the world... but watch here.

Email ThisBlogThis!Share to TwitterShare to FacebookShare to Pinterest
Posted by Richard Lane - 22:47 0 comments
Labels: Have I Got News For You

The Erith and Thamesmead constituency party completed its drawn out and controversial selection process this evening by picking councillor Teresa Pearce, a tax investigator.

The eight candidates were interviewed by party members on Saturday and a ballot was held.

The selection process has attracted national attention following complaints the daughter of Tony Blair's polling guru Lord Gould was being favoured centrally ahead of local candidates.

There's nothing British about the BNP 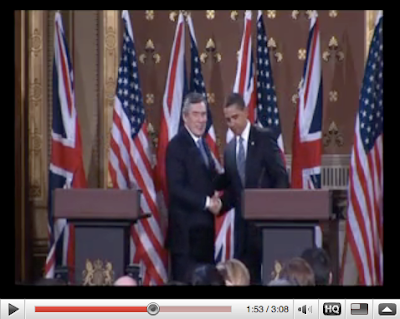 "Tories lead Labour among all regions and social groups – including Scotland"

Truly awful poll out today from ComRes:
CON 40(-5) LAB 21(-5) LD 18 (nc)
Labour only 3 points ahead of the Liberal Democrats with the CEO of ComRes stating that"

"The Conservatives lead Labour among all regions and social groups – including Scotland."